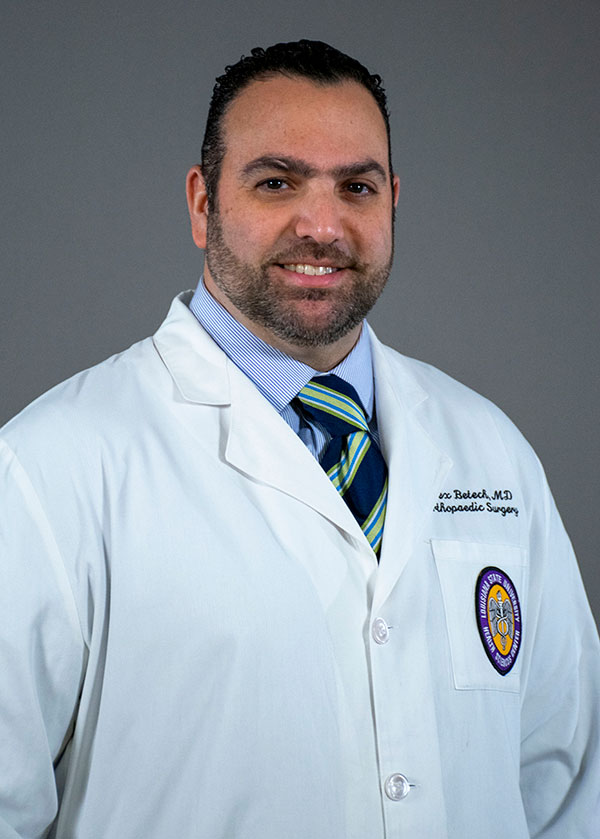 Dr. Betech was born and raised in Mexico City. He received his medical degree from Anahuac University School of Medicine in Mexico City. He then completed a General Surgery internship at the Mayo Clinic in Rochester, MN. He did a research fellowship in Orthopaedics at the University of Texas in Houston, TX. He continued to do a clinical fellowship in Limb Lengthening at the International Center for Limb Lengthening in Baltimore, MD. He completed his Orthopaedic Surgery residency at the ABC Medical Center in Mexico City.

In addition, Dr. Betech completed his fellowship training in Pediatric Orthopaedic Surgery at Shriner’s Hospital and Texas Children’s Hospital in Houston, TX, with special focus on hip pathology and hip preservation surgery. He continued to complete another fellowship training in Adult Reconstruction at the University of Chicago, focusing on hip and knee replacements, including primary and complex revision cases.

He also practices general orthopaedics, including trauma, foot and ankle and sports medicine.