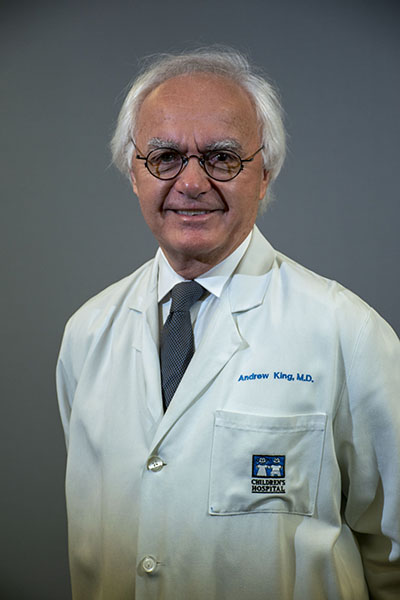 Dr. King received his medical degree at the University of Otago in New Zealand. He completed his orthopedic residency in New Zealand and spent a year of orthopaedic training in Exeter, England. Dr. King completed a fellowship in spinal surgery at LSU Medical Center in 1980 before joining the faculty at LSU. His interests and research have centered on scoliosis and spinal deformities. Dr. King has lectured and presented research at numerous national and international forums. His research, in conjunction with the Bioengineering Section of the LSU Department of Orthopedic Surgery, has produced methods of spinal instrumentation that are manufactured commercially and available internationally: he is a member of the Scoliosis Research Society and on the advisory board of the Scoliosis Association. Dr. King is past-president of the medical staff of Children's Hospital and has served on the Board of Directors of both Children's Hospital and Kenner Regional Medical Center.&nbsp; He also served as the 2007 President of the Louisiana Orthopaedic Association.