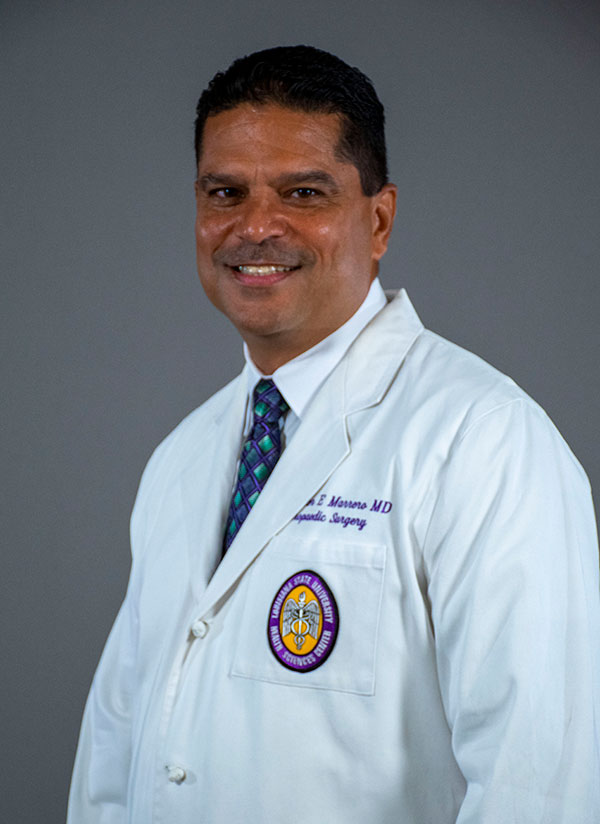 Christopher E Marrero MD was born and raised in New Orleans and graduated from St. Augustine High School and Xavier University. He received his medical degree from Howard University in Washington, DC and completed a general surgery internship at the Medical College of Pennsylvania in Philadelphia. He completed his orthopedic surgery residency at King / Drew Medical Center in Los Angeles and then returned to New Orleans where he joined his father in private practice until Hurricane Katrina. Displaced by the storm, he went back to Los Angeles and joined the orthopedic faculty of King / Drew Medical Center as an assistant professor. After 10 months he moved to Texas and opened a private practice in the Beaumont /Port Arthur area. Three and a half years later in December 2009 he returned to New Orleans to become an assistant professor in the LSU orthopaedic surgery department. He now practices general orthopedics with emphasis in sports medicine, adult reconstruction, and trauma.