The LSUHSC Alumni Association for Obstetrics and Gynecology has been in existence for over 25 years. Dr. George Morris is the President of the organization. The group has a cash account with the Medical School Foundation and is used for certain departmental activities. Many of the members contributed to the Jack Andonie Professorship, who has been active in center activities as well as a member of the Board of Supervisors.

Upon the untimely death of member Dr. Gus Carlamango, the group headed by Drs. Samuel Alexander, Jerry St. Pierre and George Morris established a fund in Gus's name. The money is used to honor the most productive senior graduating resident.

If you are interested in adding a message about you, your practice ,or pictures of you and your family, please contact Residency Coordinator, Krystal Lockhart (504-568-4890) klock1@lsuhsc.edu 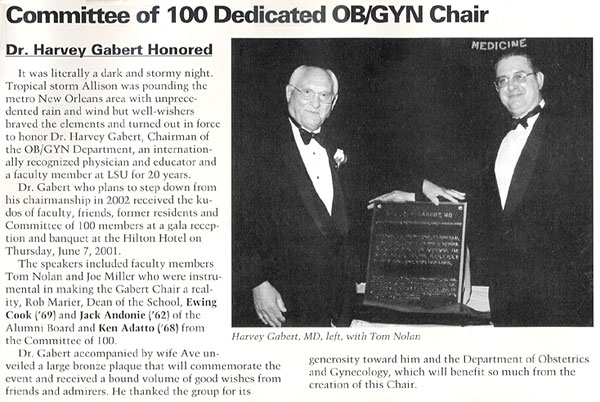