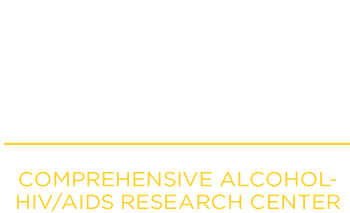 The Comprehensive Alcohol-HIV/AIDS Research Center (CARC) accepts applications for Pilot Project funding year-round. Translational projects focused on HIV research and those with likelihood of progressing to Core Projects in CARC are encouraged. Total funding varies according to project needs.

The Pilot Project program solicits basic science or translational research projects to examine the pathophysiology and comorbid effects of unhealthy alcohol use on HIV disease pathogenesis and risk for comorbid conditions. Areas of research interest include the cardiovascular system, infectious disease, and neuropsychology. The tissue/organ/disease of focus, and the model system used may be determined by the submitting Principal Investigator (PI). The goal of this program is to generate preliminary data that will support progression to a CARC research component, or that will support applications for extramural funding (focus on NIAAA). Pilot projects that establish new collaborations are strongly encouraged, particularly those that partner basic scientists with clinicians.

The CARC Pilot Project program is open to all LSUHSC faculty investigators. The CARC Intramural Center Committee (ICC) will make funding decisions and monitor progress and productivity of the project.

Describe the major goals, objectives, hypotheses, and how it aligns with the current priorities of the CARC. This section must clearly identify the design, procedures, and analytical plan. A statement of how data collected will be used to apply for extramural funding should be included. If CARC Experimental and Analytical Core is utilized, information on its use should be provided. Not to exceed 5 pages excluding references.

Other Support should indicate effort and total direct costs during funding period.

Requests should be for one year of funding. Detailed budget including justification should be submitted. Funds are not to exceed $30,000-$35,000. Allowable costs include: Supplies, and salary support for research personnel (i.e., student worker, research associate). Time release salary protection may also be requested from the Dean’s office by clinicians to conduct this research. Costs not allowed include travel and salary support for PI. Sub-contracts outside LSUHSC School of Medicine are not allowed.

Proposals should be submitted electronically, as separate PDF files, including the three items above to Martin Ronis, PhD, Pilot Project Program Director at mronis@lsuhsc.edu.

Please note: This funding mechanism does not need to be routed through the LSUHSC Office of Research Services for signatures. However, proof of IBC, IRB, and/or IACUC approval(s) will be requested prior to final award.

Peer review will be conducted by members of the ICC and External Advisory Committee (EAC). Either the EAC or the ICC may choose to solicit additional expert peer review if necessary. A presentation to CARC ICC members may be requested prior to award funding.

Criteria for Review/Evaluation of Applications

Applications will be prioritized using the following criteria:

Fundability: Are the results obtained from this pilot study likely to lead to competitive federal grant applications? Does the study address an important problem to the alcohol research field related to the focus of the CARC and/or use novel approaches, and/or challenge existing ideas, and/or develop new methodologies?

Fit: Will the proposed work enhance alcohol and HIV research at LSUHSC, either by enhancing current areas of strength, creating new collaborations, and/or creating synergy between ongoing strengths in multiple research groups?

Approach: Are the overall approach, design, methods and analysis adequately developed and appropriate to address the aims of the study? Is this plan explicitly described in the proposal?

Investigator(s): Is the PI appropriately trained and experienced in the research area to carry out the proposed work? Does the PI have the track record that would warrant extramural funding based on the data obtained?

Members of the ICC will be identified to serve as mentors for the PIs of each pilot project. The assigned ICC mentors will meet with the PIs at least monthly to discuss their progress, data interpretation, and limitations. The pilot project PI will be expected to give a short oral presentation of the results during a CARC ICC meeting at least twice a year. Initial funding will be for one year with the potential for a second year extension, based on progress, the potential for extramural funding, and the quality of the new applicant pool. Certain projects will likely require a second year of funding based upon a realistic timeframe required to complete the project. The pilot project PI will also be required to present plans to use the data generated from the pilot for submission of a grant for extramural funding within two years of award funding.