Nicolas G. Bazan, M.D., Ph.D., has been called “a true renaissance man”: research scientist, teacher, mentor, community leader, author, screenplay co-writer/executive movie producer, patron of the arts, and entrepreneur. Born in Los Sarmientos, Tucuman, Argentina, Dr. Nicolas Bazan’s defining moment was witnessing an aunt suffer a seizure while walking him to a piano lesson when he was a young boy, putting him on the path to becoming a medical doctor and one of the world’s premier neuroscientists.

He is the founding Director of the Neuroscience Center of Excellence at the School of Medicine, Louisiana State University Health New Orleans. He is also the inaugural founder of The Ernest C. and Yvette C. Villere Chair for Research in Retinal Degeneration (1984-present) and has been appointed to the highest academic rank in the LSU System, a Boyd Professor (1994-present). He is also a Foreign Adjunct Professor of Neuroscience, Karolinska Institutet, Stockholm, Sweden.

He devoted his life to studying fundamental cellular and molecular lipid signaling taking place in early stages of neurodegenerations and other brain and retinal dysfunctions. He has discovered cellular and molecular principles that reveal novel pro-homeostatic mediators as well as their relevance in early stages of Alzheimer’s disease, in experimental stroke, experimental epilepsy, Parkinson’s disease, traumatic brain injury, and age-related macular degeneration. Dr. Bazan received his medical degree from the University of Tucuman in Argentina. Afterward, he trained at Columbia University College of Physicians and Surgeons in New York and Harvard Medical School. Then he was appointed faculty at age 26 at the University of Toronto, Clarke Institute of Psychiatry. He then founded a research institute, a new Biology academic unit, and doctorate and Masters’ of Science graduate programs in Biochemistry in Argentina, and in 1981, Dr. Bazan move to New Orleans.

In his first laboratory at the Clarke Institute of Psychiatry in Toronto, Canada, Dr. Bazan discovered that brain ischemia (like in stroke), seizures (like in epilepsy) or electroconvulsive shock (a therapy for depression) trigger the rapid release of unesterified essential fatty acids (docosahexaenoic and arachidonic acids) from membranes through phospholipase A2. Soon after, his lab extended these seminal observations to the retina, vision and retinal degenerative diseases. These findings became a citation classic ("Neural Stimulation or Onset of Cerebral Ischemia Activates Phospholipase A2", Bazan NG, Current Contents/Life Sciences, 30:10, 1991). Based upon this early work, he then discovered that release of the mediator, platelet activating factor (PAF), is a major signaling event of inflammatory responses in the eye and brain, and he identified PAF binding sites in synaptic and intracellular membranes.

He then uncovered that DHA supply to the photoreceptors and synapses is liver-regulated and that in photoreceptor cell renewal, retinal pigment epithelium recycling retains DHA within photoreceptors by a “short loop” (RPE-to-photoreceptors) after the “long loop” (liver-to-retina). He found that Usher’s Syndrome patients from Cajun families from Louisiana have DHA shortage in the blood, implicating the long loop in retinal degenerations. He discovered enzyme-mediated formation of DHA derivatives in the retina and coined the term docosanoids. He and his colleagues, in collaboration with Dr. Charles N. Serhan (Harvard Medical School), then discovered the synthesis and bioactivity of the first docosanoid, Neuroprotectin D1 (NPD1), which arrests apoptosis in retinal pigment epithelial cells at the pre-mitochondrial level, and is neuroprotective in brain ischemia-reperfusion and in cellular models of Alzheimer’s disease. Then he and his colleagues found a decrease in DHA-derived NPD1 in the CA1 area of Alzheimer’s disease patients, and that NPD1 promotes down-regulation of pro-inflammatory genes and of pro-apoptotic Bcl-2 proteins and neuronal and glial cell survival from Aβ toxicity. He discovered novel mediators that counteract early events in Alzheimer’s, stroke, and other diseases as well a novel painkiller. Currently, he is beginning to apply his discoveries by translating them into intellectual property (patents) in two startup companies that he co-founded: NeuResto Therapeutics, LLC (novel discoveries for Alzheimer’s, Parkinson’s, retinal degenerations, stroke, and other brain and retina diseases) and South Rampart Pharma, LLC (novel non-addictive painkiller).

Among Dr. Bazan’s awards and recognitions are the Javits Neuroscience Investigator Award from the National Institute of Neurological Diseases and Stroke (1989); elected to the Royal Academy of Medicine, Spain (1996); elected fellow of the Royal College of Physicians of Ireland, Dublin (1999);  President, American Society for Neurochemistry (1999-2001);  Doctor Honoris Causa, Universidad de Tucuman, Argentina (1999);  Endre A. Balazs Prize, International Society of Eye Research (2000); the Proctor Medal, the highest honor awarded by the Association for Research in Vision and Ophthalmology (ARVO) (2007); the Alkmeon International Prize (2011); the Chevreul Medal, Paris, France (2011); the Excellence Award, Annual European Association for Vision and Eye Research, Nice, France (2013); and the Mossakowski Medal, Polish Academy of Sciences, Warsaw, Poland (2013), 2018 Award of the German Center for Neurodegenerative Diseases (Bonn, Germany).

For his contributions to creating a culture that inspires novel ideas and opens a path for translating concepts into reality—from the lab, to the clinic, to the community—he received many recognitions, which include: Role Model, Young Leadership Council of New Orleans; The Alzheimer’s Association Greater New Orleans Award; Family Services of Greater New Orleans (Ten Outstanding Persons) Award; and induction into the Junior Achievement Business Hall of Fame of New Orleans.

He is the Founder and Editor-in-Chief of Molecular Neurobiology (Springer), a Founding Senate Member of the German Center for Neurodegenerative Diseases (DZNE) -- a nationwide research program on Alzheimer’s disease in Germany -- Member of the Biology of the Visual System Study Section, NIH, and Chairman Emeritus of the Board of Governors for the Association for Research in Vision and Ophthalmology (ARVO) Foundation.

His civic and artistic community involvement includes being a patron of the New Orleans Opera, and authoring “Una Vida: A Fable of Music and the Mind” (produced as the feature film “Of Mind and Music”) as well as “The Dark Madonna: A Fable of Resiliency and Imagination”—novels exploring his lifelong intellectual quest and exploration of a better understanding of the deep beauty and complexity of the human experience.

Thus, in summary, he has devoted his life to studying fundamental cellular and molecular neuroinflammatory lipid signaling in early stages of neurodegenerations and other brain and retinal dysfunctions. He has discovered cellular and molecular principles that reveal novel pro-homeostatic mediators relevant to counteract onset/early stages and progression of neurodegenerative diseases. These novel mechanisms and mediators are relevant to Alzheimer’s disease, in experimental stroke, experimental epilepsy, Parkinson’s disease, traumatic brain injury, and age-related macular degeneration. His original research is reflected in >450 peer-reviewed publications (per PubMed), plus monographs, books and chapters. h-index=95 (per Google Scholar) and >34,000 citations to his work (per Google Scholar as of June 6, 2019).

Dr. Nicolas Bazan is married to Dr. Haydee Bazan, and they have five children: Patricia, Andrea, Nicolas, Hernan, and Maria. The children have given him and his wife fourteen grandchildren. 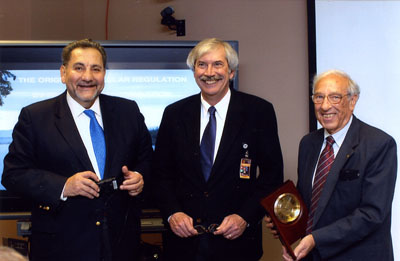 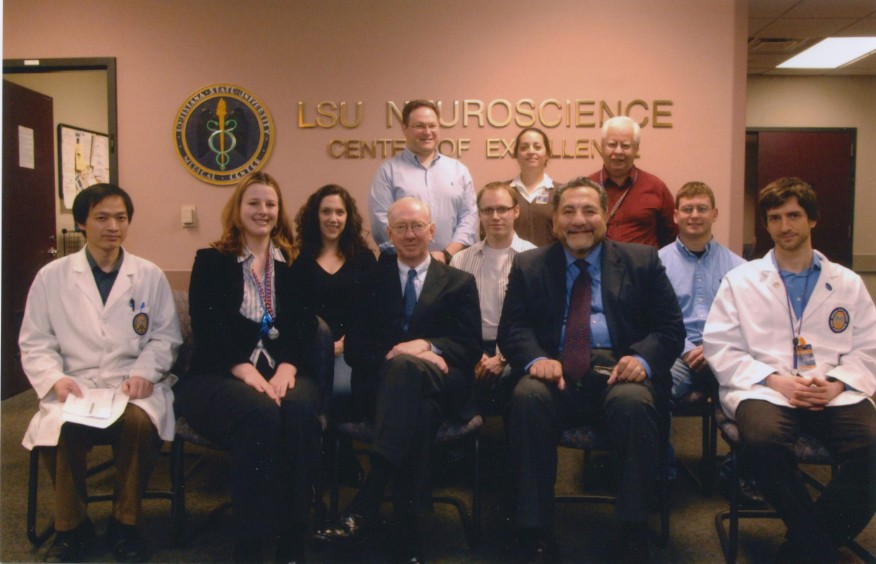