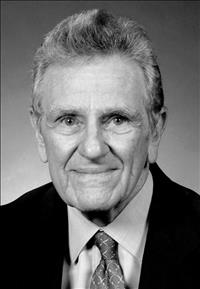 More than 200 surgeons completed residency training at LSU under Dr. Cohn’s direction and have made major contributions to surgical care and surgical education throughout Louisiana and the United States.


Raised in New Orleans and named for his father who was also a prominent surgeon, Dr. Cohn received his M.D. and D.Sc degrees from the University of Pennsylvania. He returned to the city of his birth to pursue a career in academic medicine. Throughout his long career, he served as President or Director of many surgical organizations, but perhaps was most proud of being named President of the Southern Surgical Association in 1983.


In June 1987, The Isidore Cohn, Jr. Professorship of Surgery was dedicated and became the first million dollar chair at LSU Medical School.

When Dr. Cohn stepped down as Chairman of the Department in 1989, Dr. J. Patrick O’Leary became the first Isidore Cohn, Jr. Professor and Chairman of the Department of Surgery. As emeritus professor, Dr. Cohn continued his teaching and lecturing, as well as offering sage advice and counsel to all that sought it. A “Retirement “ Gala in July 2000, where he was named Emeritus Chairman, was attended by past residents, faculty, administration, family members, and a number of prominent surgical leaders from across the country.

On March 22, 2002, The Isidore Cohn, Jr., M.D. Learning Center was dedicated. Former surgical residents and The James D. Rives Surgical Society were the major donors to this cutting edge facility.

Learning Center is a lasting tribute to Dr. Cohn’s 62 years of dedicated service to LSU and his commitment to excellence in teaching and surgical care.

It is because of this rich history of service to LSU and Dr. Cohn’s commitment to education that the decision was made to change the name of the society to the Isidore Cohn Jr.-James D. Rives Surgical Society. This was done not only to honor Dr. Cohn, but to perpetuate the society and continue the goal of fostering camaraderie among its members.